Made for… publishing blogs like this! Consists of a terraform script that creates a straightforward VM in Azure and an Ansible playbook that sets up the necessary software. It makes it easy to build a bit more of a fully featured system than a pre-packed container (e.g., editors, image manipulation software, etc).

The setup uses terraform and ansible, both which are pre-installed in Azure Cloud Shell and therefore deploying this is quick and convenient.

Note that in this version the disk is ephemeral and will be deleted when the environment is shutdown, so use git to store the actual content elsewhere.

The scripts and some notes are given below, in this section are the commands to issue.

To create the VM:

And finally ssh in:

When done, destroy with (but note: disk will be deleted, so push changes to your git host):

The architecture is the most straightforward virtual machine setup as illustrated below. Some notes: 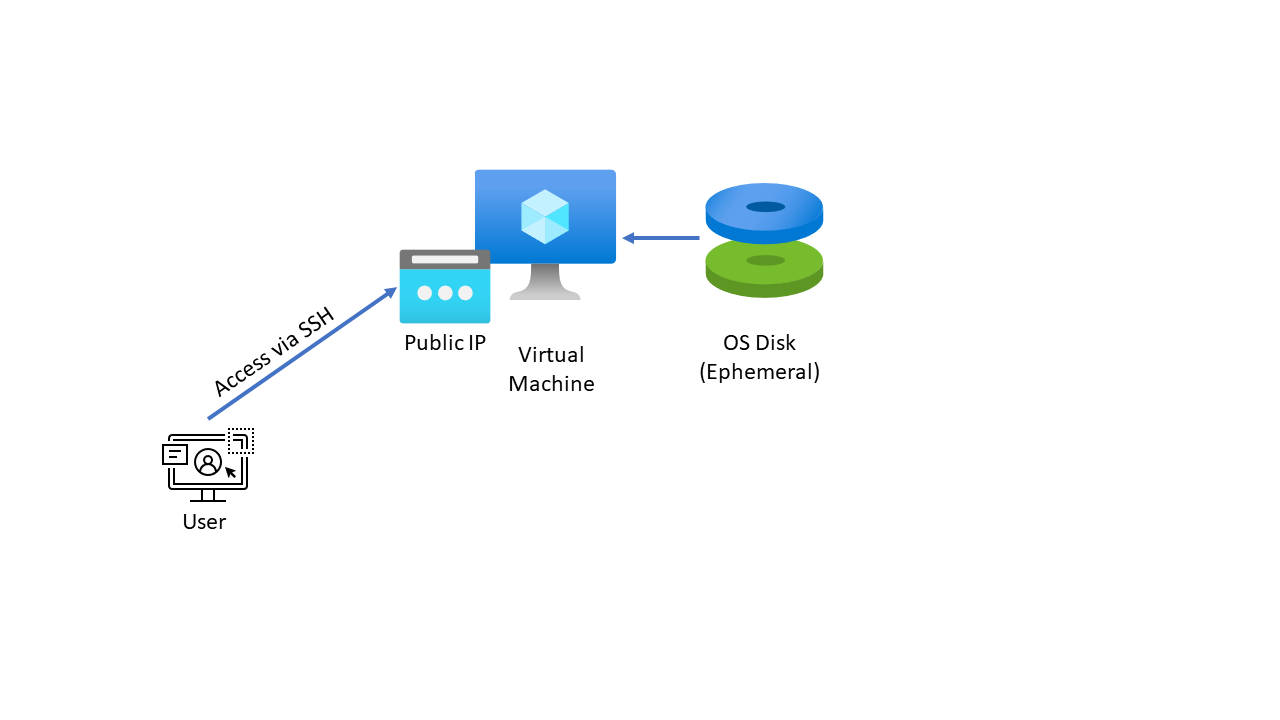