If you do your research/development with sufficient discipline, which implies always maintaining scripts or notebooks which exactly reproduce all results, then it is generally little user effort to reproduce and adjust any plots or graphics that are part of that research. However, there may be a large computational effort – for example many of my plots are results are results of some core-hours of simulations and/or processing tens of terabytes of data.

Often however, lack of good tooling, pressures of time and the need for rapid experimentation mean that we do not maitain turn-key reproducible research. Yet, there is a nevertheless inevitably the need to adjust or redo any graphics produced. Here I introduce a library, xpyplot, that allows easily re-doable graphics in a simple turn-key way.

In simple terms xpyplot automatically saves the data and commands used to produce any plots, allowing the plots to be redone at a later stage without the need to recalculate any of the input data.

Here is a simple motivating example. Suppose we plot following random points with a (known) relationship:

It produces the following plot: 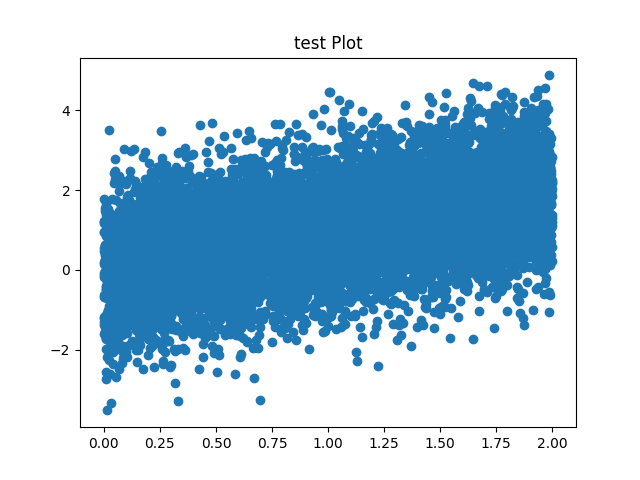 But the plot has a common problem: there are far too many points being overplotted so that it is not possible to judge the density of the points by eye. We can fix this easily by changing the transparency of the points, but how if re-run the script the random number generator will be advance and we’ll get a slightly different plot. How do we fix the actual plot we made?

If xpyplot was used1 the this is easily done. Together with the above plot, the following script (and associated data) would have been saved:

If we run the above script we get: 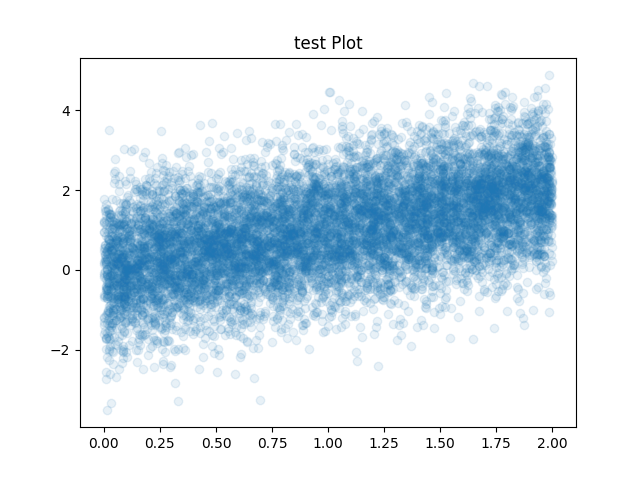 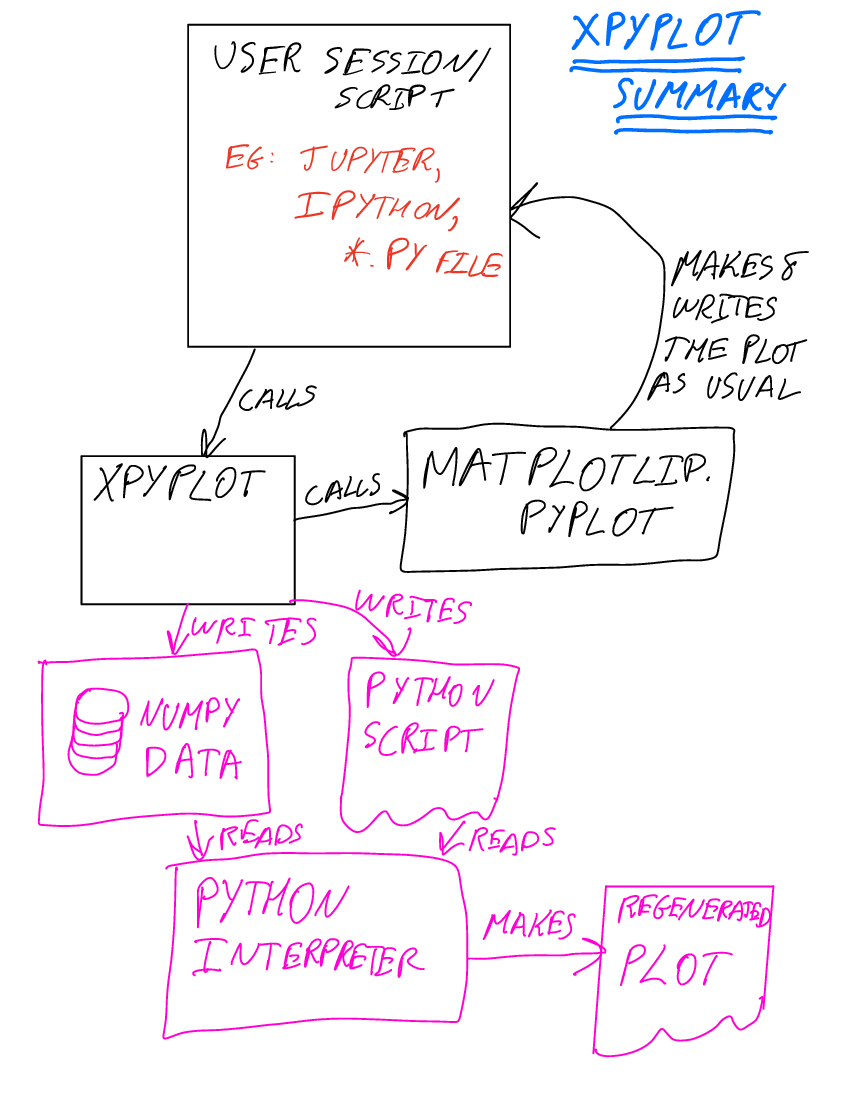 Matplotlib is currently one of the world-wide leading libraries for plotting and data visualisation across many different fields. I built on top of matplotlib in this project because of this dominant position.

As a simple study to confirm frequency of use of matplotlib, I’ve made a random selection of 13 research articles posted on arXiv on 3rd December in the astrophysics field. ArXiv was used as the source code of articles is normally available, enabling easy identification of the plotting library used. The availability of the source was a selection criteria to be included in the study. I found 60% of PDF figures and 55% of PNG figures were created with matplotlib. The majority of remaining figures were astronomical images plotted with specialised software.

The implementation is currently at an alpha stage but I am using it in my daily workflow. It is available at: https://github.com/bnwebcode/xpyplot .

Any contributions are welcome!

How to check on exceptions in a Python async task python

What do I need to know about Python's GIL? python