In previous post previous post I looked at CPU performance monitoring unit measureemnts of a set1 of PyTorch models and showed that concentration of branching instructions seemed to determine performance. Here I take the same measurements and use them to construct a plot form a which a simple model for the limitation of performance can be constructed.

The approach is essentially the same as the `roofline’ analysis as introduced by Williams, Waterman and Patterson2 but focus is on latency and pipeline stalls introduced by branching instructions rather than memory bandwidth.

The plot tells the story: 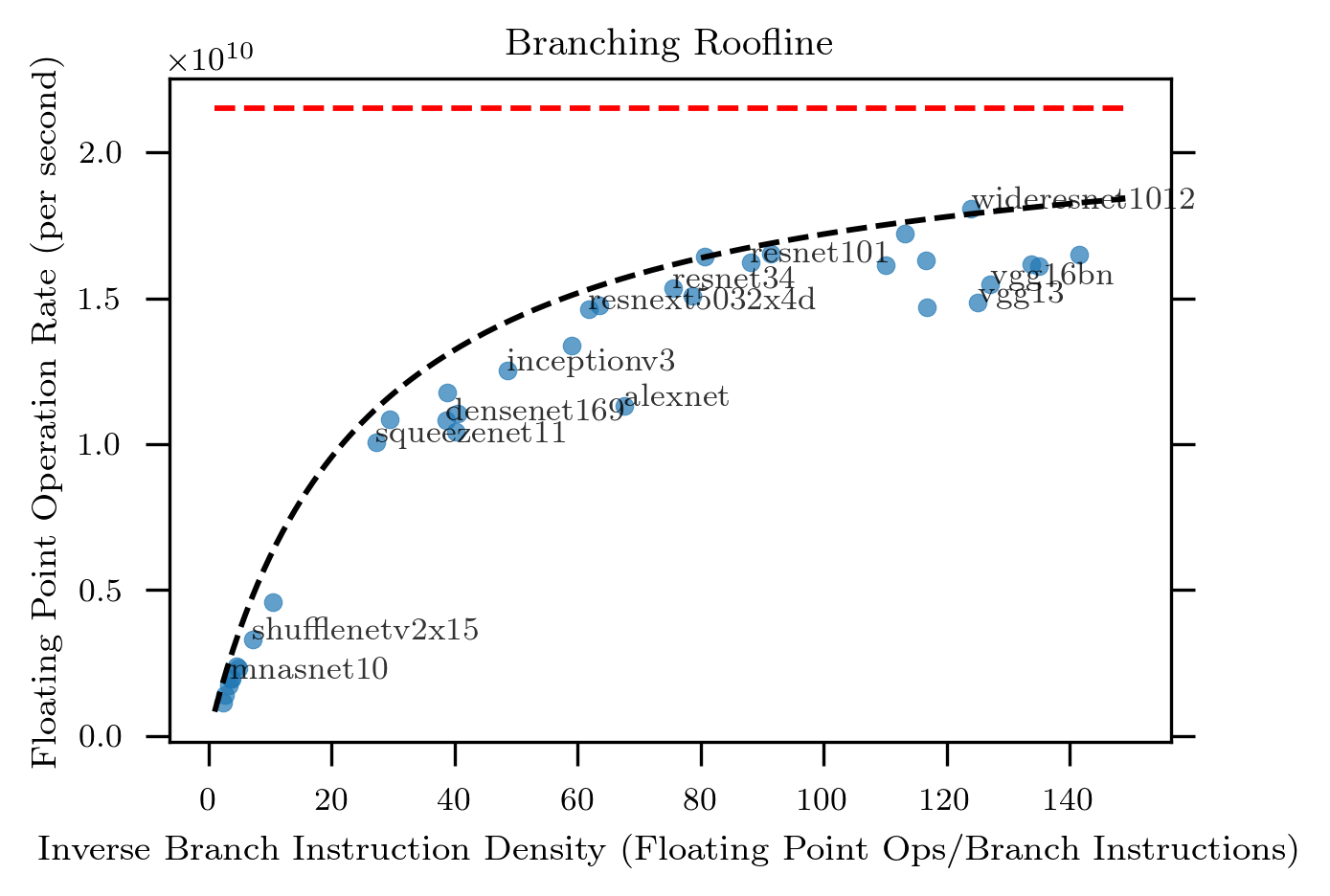 Also marked on the plot are:

How can this be interpreted? Some things to keep in mind:

Given this a pipeline stall will result in about 100 lost floating point operations (i.e., \(7\times15\)), while the model has a characteristic concentration of 25. This suggests roughly 75% of branches are correctly speculatively executed in this simplified view.

Other models and explanations could probably be constructed, but I leave at this for this (speculative!) post.

What is PyTorch leaf node? pytorch

What Limits Performance of (PyTorch) Neural Networks when running on a CPU? pytorch performance