This is a little experiment to use CPU performance monitoring counters to find out what limits the maximum performance of PyTorch Neural Networks when running on a CPU.

The experiment was carried out in the following way:

The following plot shows the FLOPS performance versus L1 cache miss rate for all of the models: 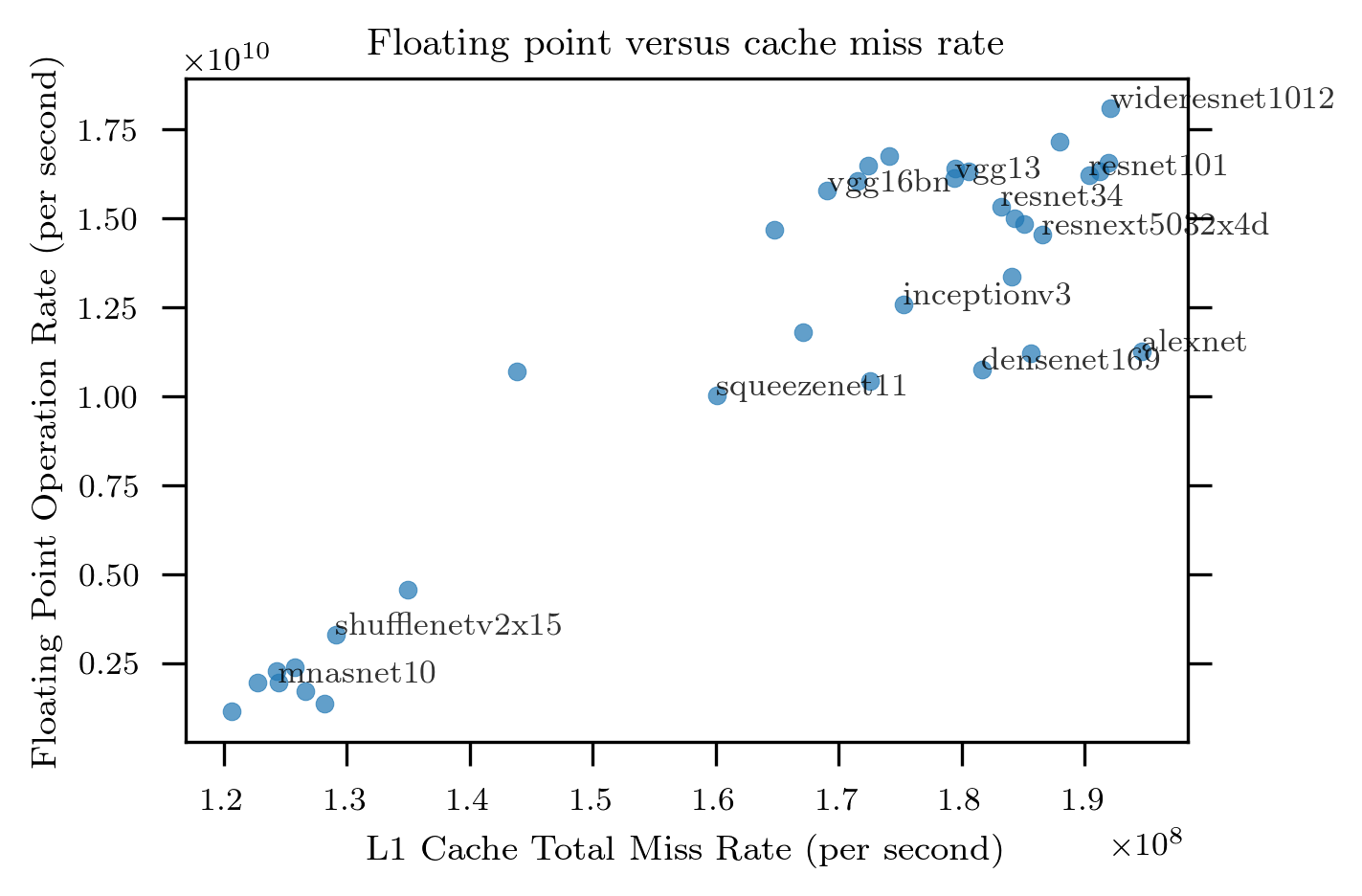 It can be seen that FLOPS rate is positively correlated with the miss rate showing that it very unlikely L1 cache misses limit performance. 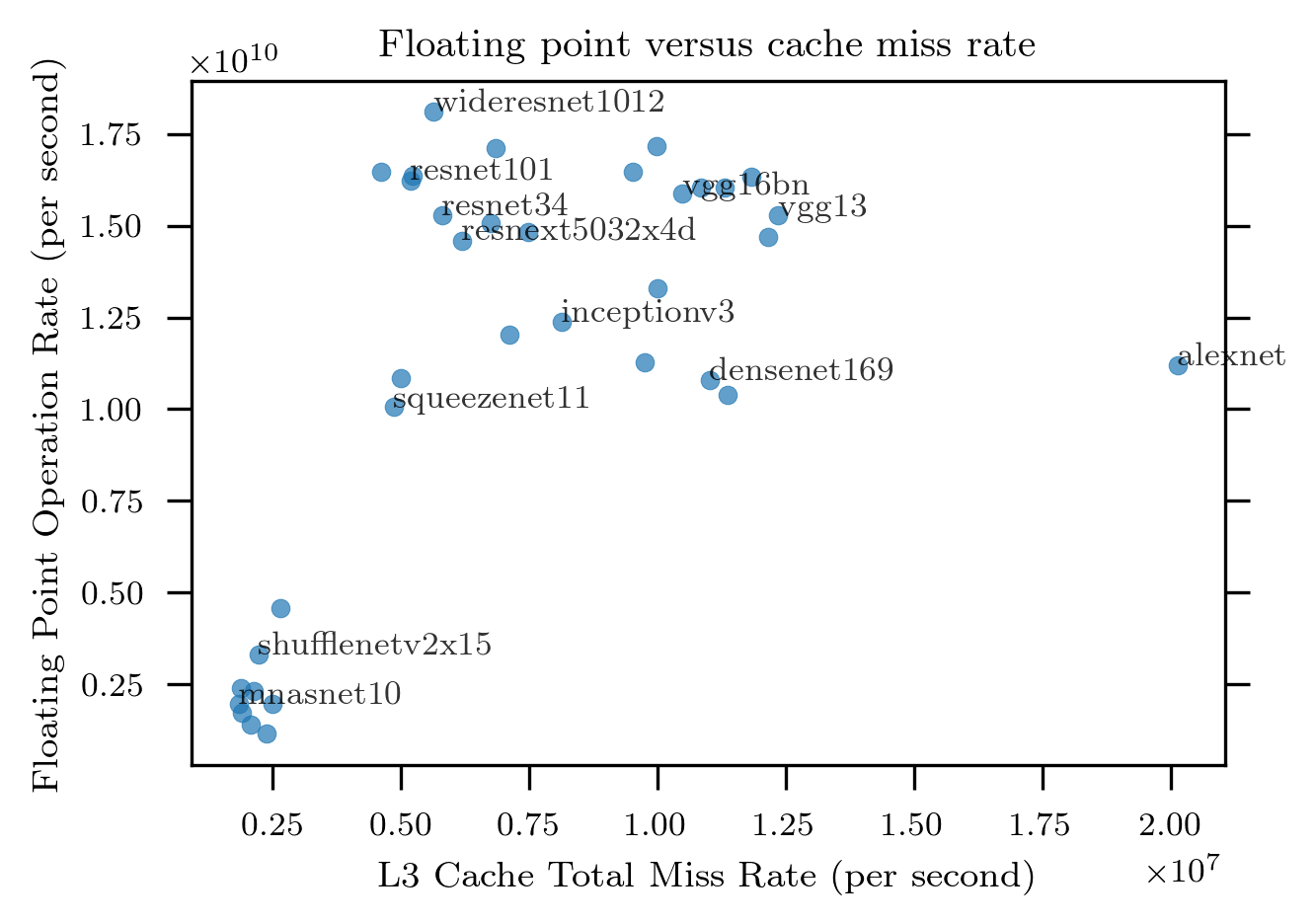 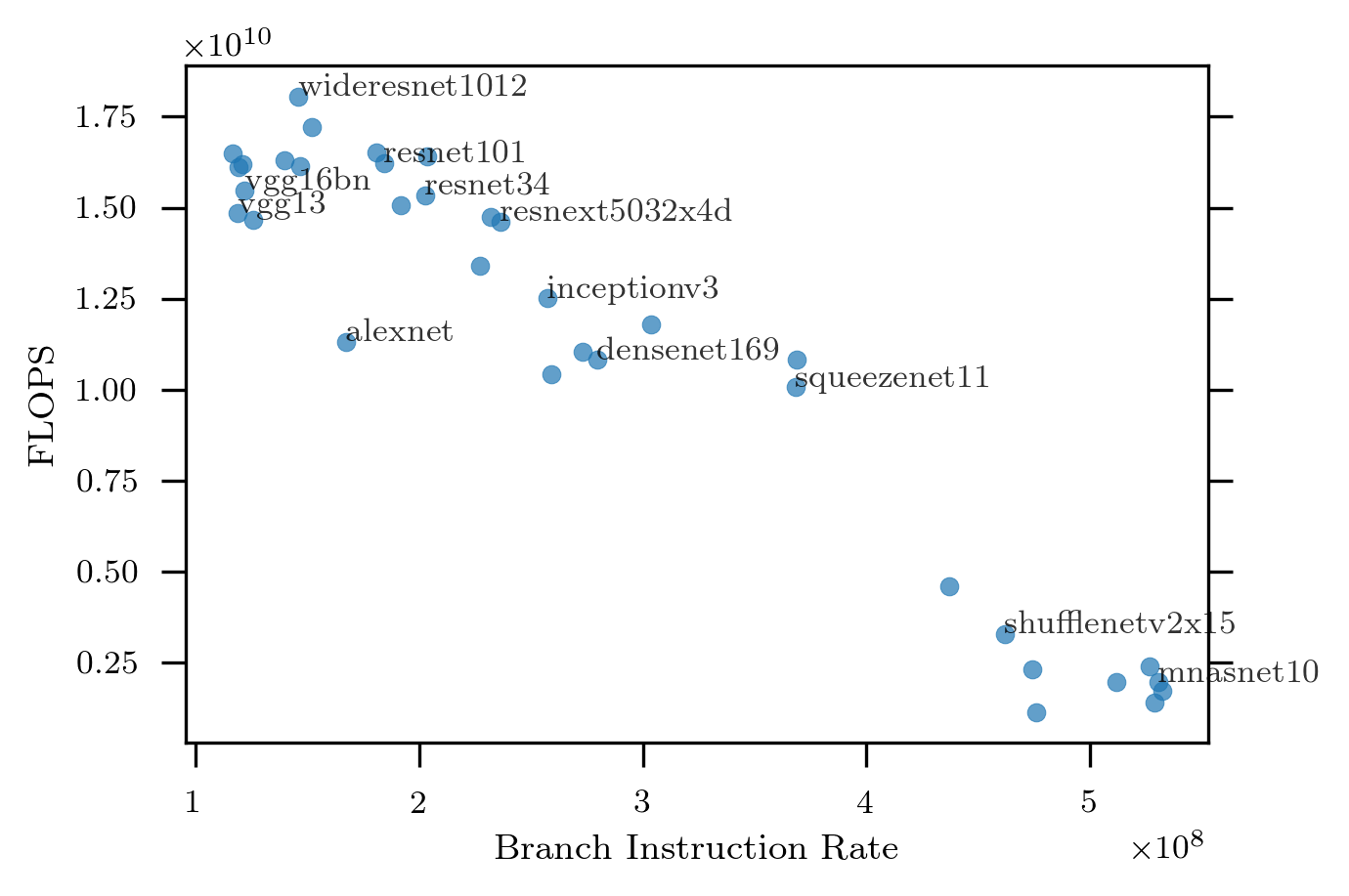 Here we can see evidence of a limiting factor: the FLOPS rate is negatively correlated with the branch instruction rate. In other words, models with (relatively) lots of branching are slower than models with few branches.

This quick experiment suggests that computational performance, on CPUs, of the neural network models considered here is limited by the branching logic in them rather than memory bandwidth or total floating point capacity.

What is PyTorch leaf node? pytorch